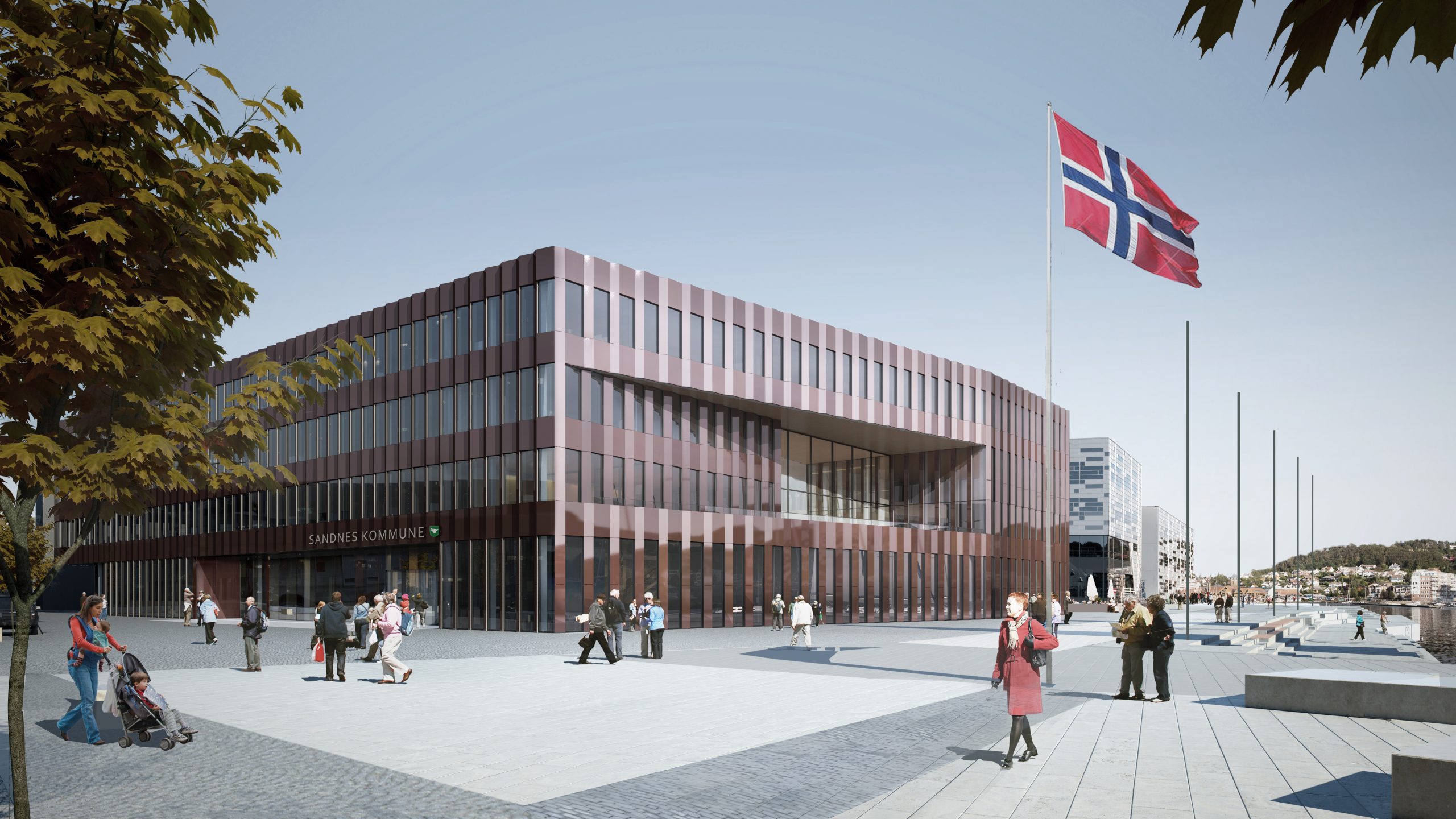 KG Constructions are executing its biggest project in Norway

KG Constructions, producer of aluminium-glass constructions and facades, is carrying out the city hall construction works in the city of Sandnes, Norway. It is expected that the new city hall will set an example for the future projects of this region. This is the first project of such scope for the Lithuanian company and it is being executed in collaboration with the Norwegian construction contractor Kruse Smith Entreprenør AS.

Mindaugas Narkevičius, KG Constructions project manager describes the future city hall: “Sandnes is one of the fastest growing cities in Norway, with population size of 75 000. The city hall will be built in a gorgeous location, on a North Sea fjord. This area has been long-renowned for its ceramic production, because it has a lot of clay. Therefore, the main accent of exterior facades will be ceramic finish.”

According to the press release, Lithuanians are entrusted with the design, production and assembly of around 6000 square meters of facade constructions in total.

“The facade will consist of two parts. One construction type will be aluminium elements with ceramics finish that will have six different colour shades and more than 20 different shapes, which is why all 640 elements will be unique. The other type, which we will use for the second part of the facade, will be an aluminium facade profile system. It will be attached to steel profiles and will require precision” – explains Mr. Narkevičius.

In this project, whose total area is 11 000 square meters, a lot of attention will be dedicated to passive energy consumption and use of eco-friendly materials. The exceptional building was designed by the architects of the German company Code of Practice.

The building, whose facade assembly works are scheduled to be completed during the first six months of 2018, will be worth more than 232 million Norwegian kroner (around 24.4 million euros).

Share:
Other news
Sara Kulturhus – wood and glass in an impressive symbiosis Because of Lithuanians, Scandinavians are rediscovering wood KG Constructions celebrated the 10th birthday